All Top 10 lists are created using my own opinions so will carry bias. Feel free to disagree with any listings and to offer your own but be civil about it. Okay?

In video games there is a thing called the Rule of Badass. Gaming characters are designed to look cool and their looks often tie into just how awesome they are. Some characters look realistic, some like impractical and others look like a twelve year olds’ God complex doodling.

This list will look at the top 10 characters who appear human who look downright cool.

John Marston is a cowboy. Cowboys are pretty cool looking from the get go, especially the grizzled rogue type. The hat, pistol and leathers are iconic to early America and straight away get you in the mood for some gun slinging action. What makes John an even cooler looking character though are the scars. Marston is no pretty boy or handsome rogue. His face tells his story. He has had a hard life filled with danger and the large scars on his face show as much. Living through such injuries back then was a real sign of being a tough bastard to kill and this is apparent in his every outfit and action. We salute you, John Marston. 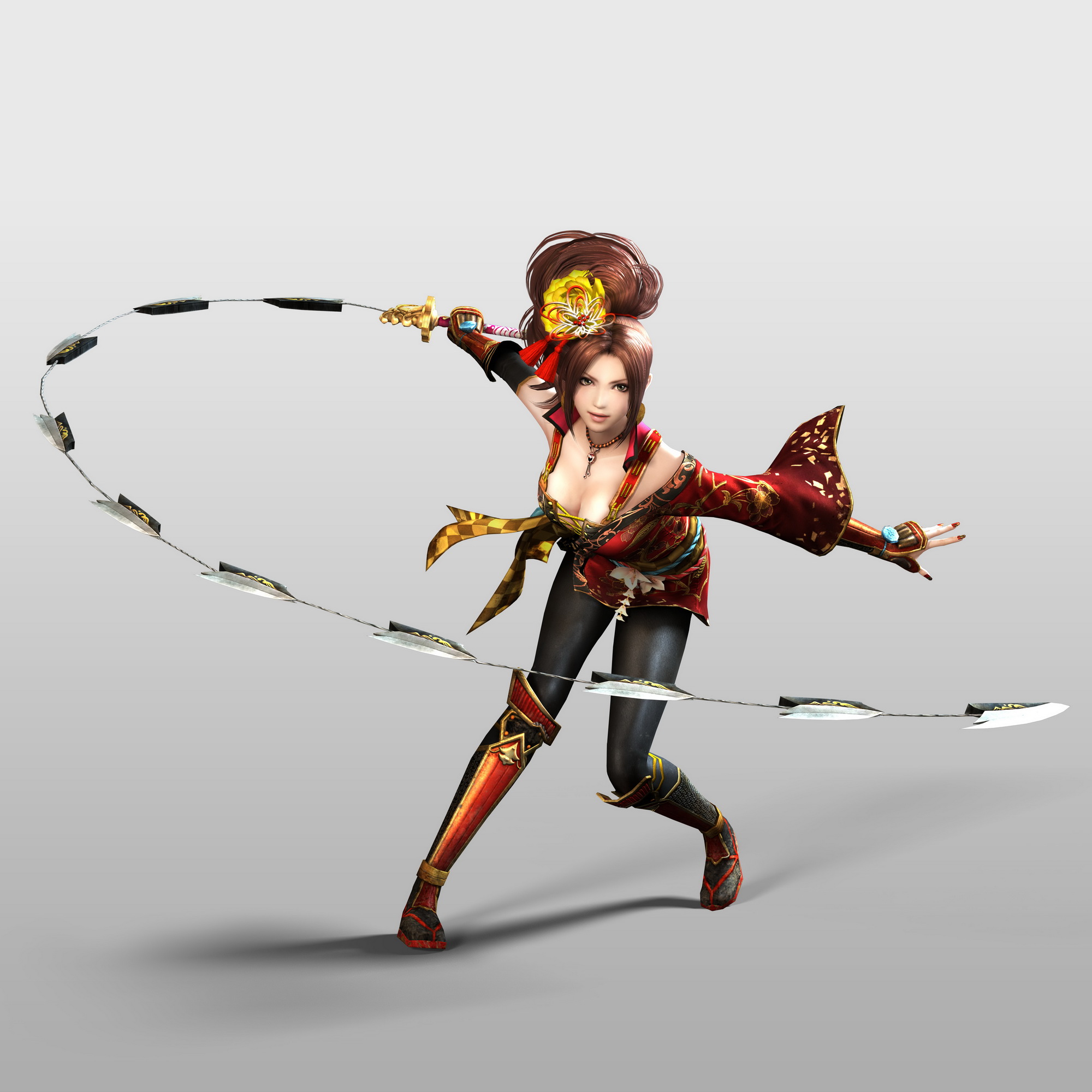 Samurai Warriors 4 offers our next place with the tomboyish handmaiden, Kai. Kai is a competent fighter with great conviction in her beliefs. She is beautiful but does not fall into the pitfalls of many female characters who either are overly sexy to the point where it would be impractical in battle or extremely girly with flowers and dresses. She wears trousers, has some actual armour in useful places and carries a sword that looks deadly. She still keeps feminine aspects of ribbons and flowers but it looks practical. Her Kimono only covers one side of her body, leaving her predominant sword arm free from obstruction such as the large sleeve shown on the other side. The whole outfit, (barring the weird chose of hairstyle), is  feminine yet practical in battle, just like Kai herself.

Red cloak, lots of belts and a pistol? Yup, Final Fantasy VII’s Vincent checks all the badass boxes. He is a dangerous vampire and he looks the part. The long hair, black clothes and clawed hand all scream emo or glam rock, but hell, I’ve always been partial to that look. From Alucard and Dante to Vash the Stampede, It is a style that never looks anything less than awesome and fits Vincent’s calm and brooding personality perfectly.

Wet’s mercenary protagonist, Rubi, has got the antihero badass chick look down to a T. Boots, military trousers, leather jacket and tattoos. Hell yeah. She looks more than capable of fighting criminal organisations in that outfit. She doesn’t need to show skin or wear pretty clothes to be sexy. Rubi is ready to kick as at a moment’s notice with her exceptional skills with both her blade and an assortment of guns. This is a woman who was born to be in the heart of the action. 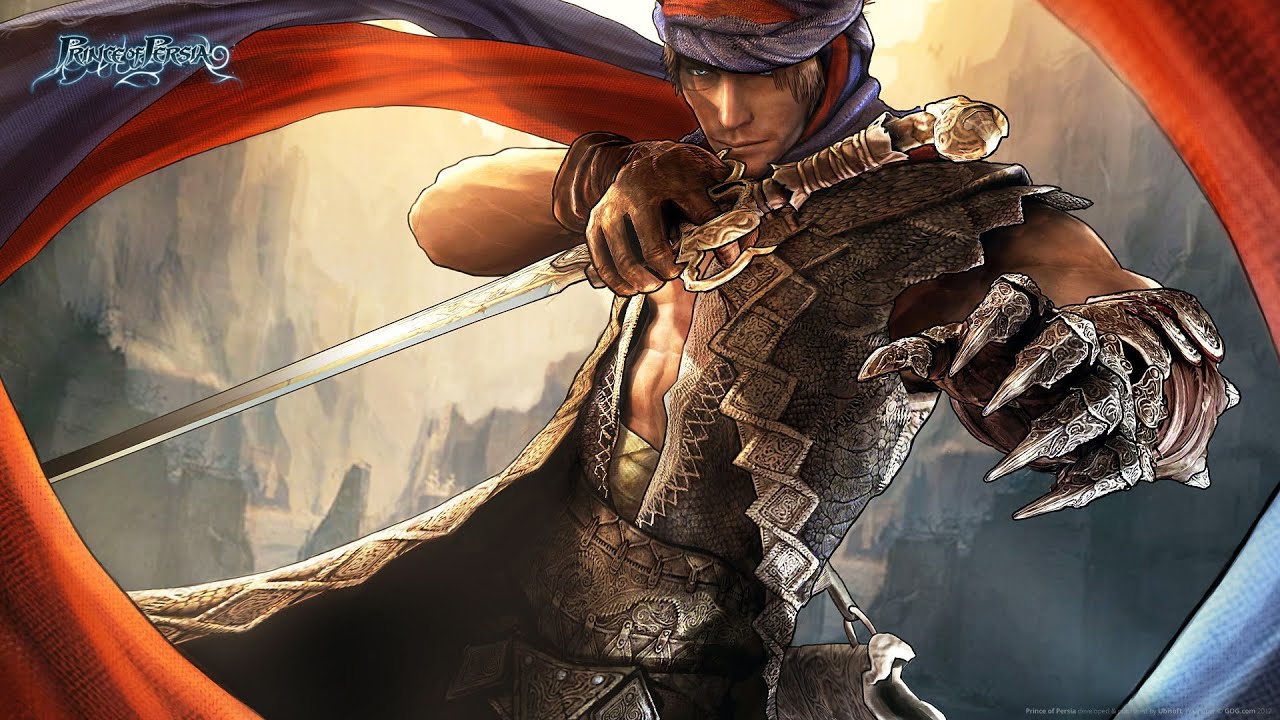 We as gamers so often see cool renditions of armour from medieval Europe, Japan or from the future but it is more rare to see awesome Arabic interpretations. The 2008 release of The Prince of Persia features an unnamed protagonist who wears loose fitting brown clothes that blend with his surroundings and allow freedom of movement. The design is interesting but subtle, perfect for sneaking around and performing acrobatics. He carries a sweet sabre and has a metal claw hand. The most striking aspect of the design though is the blue and red turban that adds vibrant colour to an otherwise single-palette outfit. 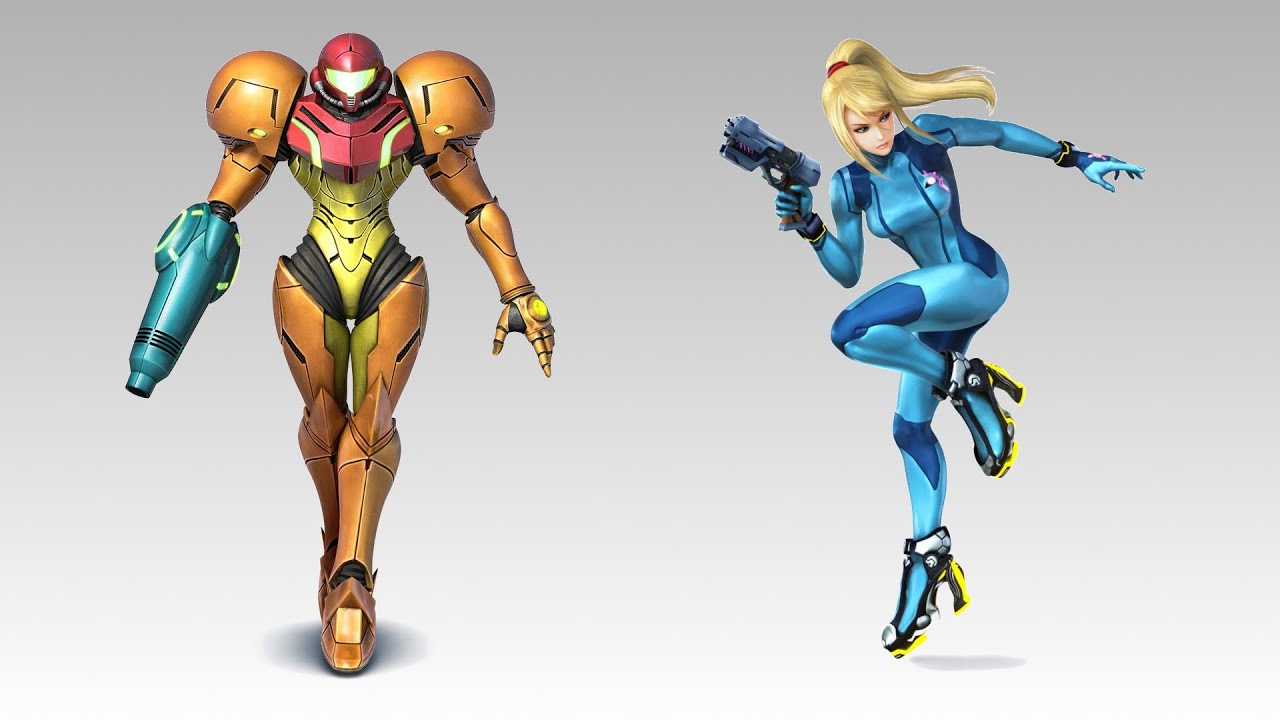 Samus is the original kickass female protagonist. Her power suit is slender in appearance unlike so many tank-like suits often seen in games set is brash with its colours that immediately draw the eye. The suit looks functional and, while having curved and slender features, it is not distinctly feminine. Take away the power armour though and you are still left with a more than competent fighter that would put most males to shame. The blue zero suit is form fitting to show off an athletic figure but does cover her entire body below her head. To be fair though, it is designed to wear beneath the power armour so cannot be thick and does allow her the speed and agility to dominate foes in battle.

Here we are again. Red cloak, black suit and clawed hand. There’s a bit of a trend going. Fable’s antagonist is evil but carries it off in that stylish, sophisticated way that the best villains do. He looks the part too. Hooded and masked with yet more creepy masks strapped to his shoulder and chest, Jack of Blades is mysterious and sends a chill down your spine. Without a doubt he is the best thing to come out of the Fable franchise. He has terrorised the world for centuries and his cool design will stay with players for a lifetime.

The Master Chief is a walking tank with a kill-count that is probably bigger than the whole of humanity’s armies by this point. Being a Spartan II, the chief is stronger, faster and more durable than your average human, the only fact that allows him to wear the iconic MJOLNIR armour. The Chief is the face of the Xbox and that takes a cool design to achieve. He is an armoured giant, but like Samus, his suit is not overly bulky like a space marine or Gears of War character. It looks capable of great speed and agility as well as strength and defence. The armour is intricate yet simple and plain. There are no add-ons or extras to get in the way. The MJOLNIR armour is all business. We also never see the Chief’s face. His design makes him look robotic, almost inhuman, standing in direct contrast to the AI Cortana’s laid bare human visualisation. We are left to question which is truly the machine.

I loved the original design of Ubisoft’s assassins. The white robes were elegant and distinct without trying to be impressive. With the fifth main instalment of the series, Black Flag, our protagonist is a pirate captain who sales the seas. The whole assassin side of his character is something in the background for much of the game. Despite this, Edward Kenway has some period specific assassin robes and dual hidden blades. What makes him the coolest of the assassins in the looks department though is that he has incorporated his career as a pirate into the iconic outfit. The leather jacket, four pistols and two cutlasses mean that he is a force to be reckoned with. Assassins look cool, pirates look cool, what more needs to be said?

Number 1: Geralt of Rivia (The Witcher)

Maybe my bias of The Witcher series is showing here but I absolutely love Geralt’s design throughout the various games. All of the little features add together to make a very distinct character. The white hair, the scars, the yellow cat eyes, the wolf head medallion and the two swords are all cool character traits that play into both gameplay mechanics and Geralt’s own background. I think that the fact that Geralt is originally from a series of novels helps with his thought-out appearance as characters tend to have more time to develop in books rather than games. He is a monster hunter and everything about him shows the player that. Like Marston, Geralt has led a brutal life and his scars tell that story. His armour is practical and realistic while never failing to look cool. He is also getting old now yet this does not make him appear weaker, only more grissled and dignified.

And there we have it. Again, these are my opinions so if a character who you think looks cool wasn’t included, don’t be offended by it. We all have our own tastes. There are also hundreds of games with thousands of characters so I will never be able to know them all.

If you know some really cool looking, well designed characters that I missed then let me know in the comments. When my viewership gets higher I mights start doing community top 10s to get more balanced lists.